Kill team has been proving to be pretty popular here, and I’m sure wherever you are too. There’s something very attractive about the mechanics; the you go/I go structure, the speed of a squad based game, and the overall aesthetic that allows a lot of ‘undesirables’ to be fielded in a game that gives them a chance of success.

Long story short; it’s fun to use a bunch of stuff that really isn’t so great in 40K, and it all shines in Kill Team!

So far I’ve enjoyed my games, and tried a lot of factions. This has motivated me to pull out some Deathwatch and keep going on my 8th edition project….

Here’s a sample of some of the 8th edition add ons to my Deathwatch.

Back to Kill Team: I decided to field a few Kill Teams and I’ve really enjoyed the Reiver in my Ultramarines so tonight I decided to plop one in along side a Black Shield in my small, but ever so Xenos-hating Deathwatch Kill Team.

Here is the Kill team I used last night: Note the Black Shield on the far right! He was a super star.

They proved brutally effective. Better than my other kill teams? Hard to say really as they all feel effective so far. I wouldn’t even say my list is optimal. I’m still in that phase of wanting to try as many options as possible. 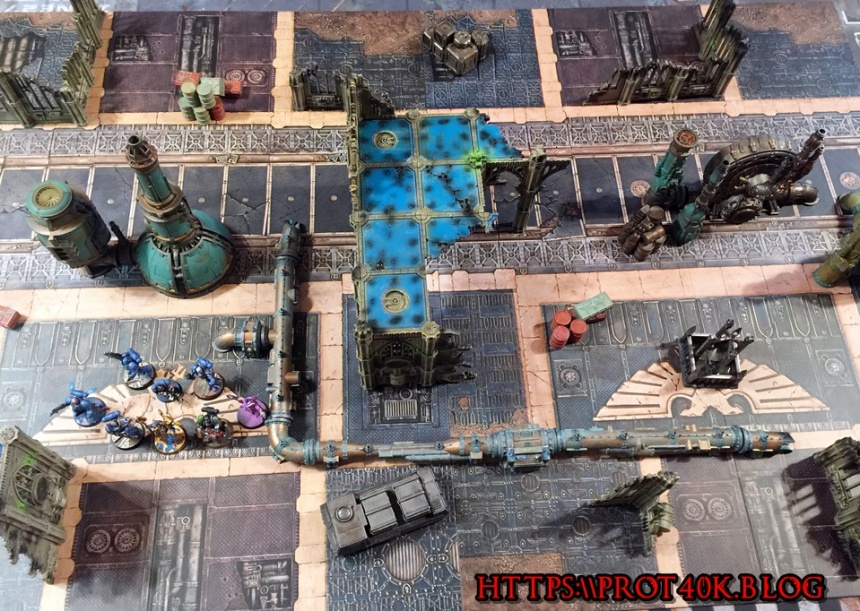 Here’s a multi player double-wide board I set up.

So for fun we decided to do a few Multiplayer games. I will warn you these aren’t entirely balanced. We played Take Prisoners (or something like that) and it’s just good fun and a very good opportunity for multiple people to learn the rules.

This board is simply two of the box set cardboard mats pushed together, the terrain from the same box and a bunch of pieces I had on hand from Armageddon.  Even crates are very useful in Kill Team. 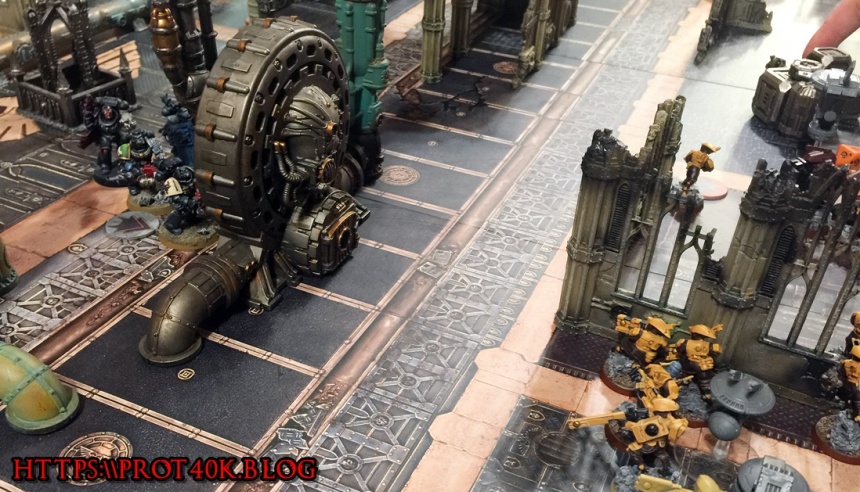 I had captured a Genestealer but orders were out to make sure I came back to the Watch Fortress with supper as well… hmm what goes well with Genestealer ribs? I know… FISH!

A Genestealer takes the bait: The Black Shield hops out with potato masher in hand. Surprise!

So the Black Shield with Maul/Shield was really good. As a “Combat” Specialist he had an extra attack and I admit my dice were especially hot here as the Genestealer went down as he was overwhelmed and outnumbered.

So my Ultra’s have had a few good games and I thought it was time to take the core of the team and give them some Kill Team honour markings. Can you tell what they are? 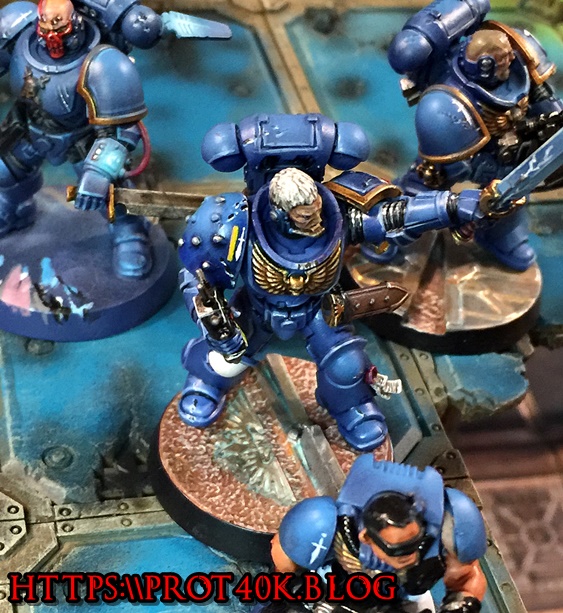 A closer look at the Honour Markings.

Upon closer inspection we can see this team has been awarded with a ‘sword’ icon commemorating their swift and decisive action in a covert Kill Team operation. The leader of this campaign also received a gold bar.

I hope you’re getting some time to try this game out. I highly recommend it. And the side benefit of getting to use some… less than stellar 40K units like I mentioned above, is just icing on the cake. My Deathwatch are certainly enjoying the increased Xenos meal plan!

Thanks for checking this out.  May all of your kills be Xenos!